Nov 2016 A Shock to Techno-Uptopianism? 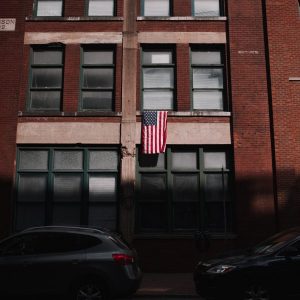 There have been a number of articles post-election that look at how the tech industry and the internet pioneers are reacting to the upset. Re/code reported from tech entrepreneurs talking in anguish from the WebSummit stage in Portugal, the New York Times picked it up in the article below, the Atlantic asks if this will be a Silicon Valley’s Wake Up Call.

This isn’t a surprise, most digital companies are based in Democratic leaning metropolitan areas and the broader world sees the impact companies like Facebook, Google and Twitter have on how we get our information. Any upset forces people to question.

But there is a bigger shock to the the digital and tech community — have we been wrong about the techno utopia we think we’re creating? Is technology making the world a better, or a worse, place?

Since the iconic 1984 Apple MacIntosh ad, people that work in technology have embraced the idea that constant change driven by technology is progressive.  We embrace change for the better.  We believe digital networks create transparency which fuels an intelligent debate based on facts with decisions rooted in data.  We build systems is to make us smarter and less beholden to whatever is the latest trend or headline, more efficient so everyone can have a better quality of life.

Instead of this Techno-Utopian vision that we see in tech companies’ manifestos, we are seeing a dystopia where bigotry and racism spread without check and polarize communities.  Where complete lies are shared like facts. Where violence erupts more quickly because of the ability to incite like-minded mobs.  Where jobs disappear to automation and analog dollars are replaced by digital pennies pushing increased income inequality and the belief that living standards are reducing for the majority.

Which means as technologists we need to ask how we talk about the bigger problem.  How we find the common ground between the camps.

It may be as simple as reinforcing the idea of being American — anyone who has been in trouble overseas and come across another American can attest to how quickly regional, sports, or class differences are replaced by a common national bond.  It may that simple form of Humanism that happens when people are one on one as we saw when Pedigree brought a lost dog to Trump and Hillary rallies.

Technology won’t go away so we have to be better as using it.

We will be putting more microchips in more places, and over the next four years everyone from coast to coast will be checking Facebook and searching Google.  Simple.  All we need to do is find the common good and demonstrate the benefits to everyone.

Techno-Utopianism is here, it just needs to be better distributed.

Silicon Valley’s luminaries woke up Wednesday morning to a darkened new global order, one that the ceaseless optimism of their tech-powered visions seemed suddenly unable to conquer.

Across the technology industry, the reaction to Donald J. Trump’s electionto the presidency was beyond grim. There was a sense that the industry had missed something fundamental about the fears and motivations of the people who use its products, and that the miscalculation would cost the industry, and the world, greatly.