Digital Culture – What it is Really About

Sep 2010 Digital Culture – What it is Really About

There is a lot of talk of Digital Media these days.

Urban trend spotters call out the growth of iPads and smart phones and Minority Report outdoor displays that great you by name.  Newspaper owners and TV networks are in a panic about digital pennies replacing traditional ad dollars as their viewship numbers decline.  Parents are convinced their children are turning into twitchers because they spend so much time with their game controllers.

All of this misses the point:  It isn’t about media, it is about culture.  Digital Culture replacing traditional ways of doing things.

Once someone learns how to e-mail, Facebook and IM, we shouldn’t be surprised they don’t want a landline anymore.  It’s human nature not to like to wait, so why expect people to be happy waiting for the news or their comedy show, and as much fun as Monopoly really is, with The Sims you are really building something.

The point is there have been a number of books and articles written about Digital Culture and it is probably time we went back to them.  The Cluetrain Manifesto from 1999 to the Economist cover article quoting “Power at Last” to Microsoft’s recent campaign about “The New Busy.”

It isn’t about marketing needing to have digital extensions or coming up with a new banner ad format — it is about understanding how our culture has picked up hacker culture, embraced it and that changes everything. 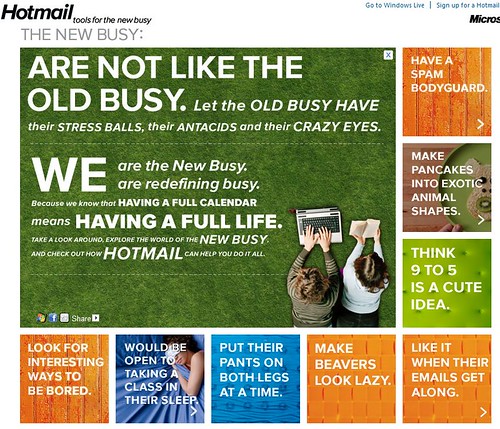