iris gets PocketTV on Channel 4

Jul 2010 iris gets PocketTV on Channel 4

This is a great example of how branded content, well executed, can grow bigger than a marketing campaign and generate real revenue back to the brand and agency.  Great work iris!

Sony Ericsson’s mobile music and entertainment programme, ‘Pocket TV’, is to air for the first time on Channel 4. 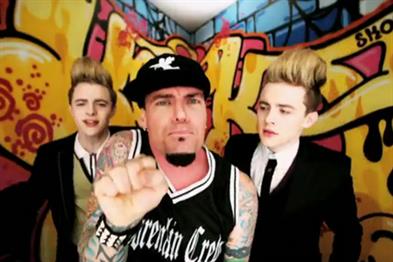 Channel 4 has acquired the rights to the show, which has been a hit online and on mobile platforms, attracting 8.4 million views across YouTube, PS3/VidZone and MSN during series two.

The show, developed by Iris as branded content for Sony Ericsson, was originally created for the mobile platform and hosted a number of four- to six-minute interviews and live music tracks from artists including Ellie Goulding, Chipmunk and Sean Kingston.

A TV version will now be aired on Channel 4’s T4 and 4Music slots from 4 August.

The programme will include 11-minute shows featuring three videos each. The programme’s dedicated YouTube channel will run until the end of December.

Shaun McIlrath, executive creative director of Iris, said: “This is a great example of a marketing asset generating a value of its own because of the audience it has created. ‘Pocket TV’ has become quite a phenomenon”.

This article was first published on campaignlive.co.uk