in Agency Work, My Work by John Baker
Share

There are times when you really have to be impressed with the power of social media.

Take a simple idea — like a competition based on voting to allow a chocolate bar company choose a set of pictures for its next years packaging — and what do you get? A absolute frenzy.

Celebrity and Competition:  An amazing recipe for getting engagement.

Nonetheless we did hope for a bit of activity and we got it.  Over 4700 entries.  Nearly 8 million pageviews with visitors from hundreds of countries.  Facebook groups.  Recruiting votes from local football club forums.  Blogs about an entry with downs syndrome that galvanized support groups.

We also got mothers complaining it was rigged and other parents were cheating.  People saying on forums the kids in the lead were “FUgly.”  An audit by the ASA.

Not that it wasn’t expected.
–We put in Captcha codes on voting and tiered the competition to ensure only panel selected children went to a second round.
–We ensured that selection was based on funny quotes, not just photos or votes.
–We built registration for the final round.
–We called forum owners and had inappropriate posts taken down.
–We cleared the ASA review and helped educate them on social media.

And were nominated for a Revolution Award. 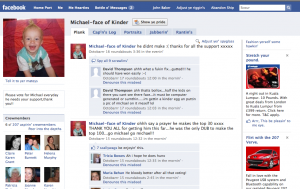 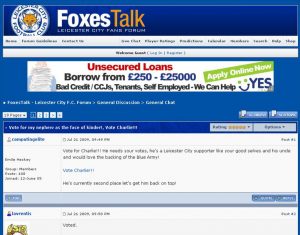 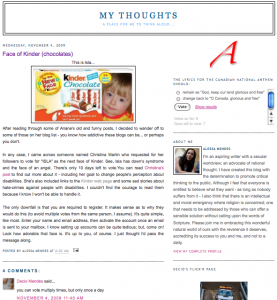